Skip to content
Trump, Biden, and the Public Sphere
Start a Conversation

When it comes to Donald Trump, two fundamental questions have kept many of us up late far too many nights over the last four years. First, what makes Trump so different? Second, why have so many millions of people fallen for him, sometimes to the point of devotion? There has been no shortage of explanations.

Academics have turned to research on populism for insights. Trump is a populist, they say, and that explains his uniqueness (in the US at least) and attractiveness. Specifically, they note that populist leaders like to depict economic, political, and cultural elites as corrupt actors undermining the wellbeing of a morally virtuous people. Populist leaders present themselves as “outsiders” seeking to change the system. As they do so, they interact with their followers by bypassing representative democratic institutions and favoring direct means of communication.  This certainly describes Trump to a good extent.

Scholars have also noted that followers of populist leaders are typically those who have felt “left behind” and excluded from progress. Populist leaders function as their messengers and representatives.  They sell hope. People respond. This, too, seems like a useful insight, as it describes well a large portion of Trump’s “base” and why they say they love him.

Yet, as a whole, the academic research leaves many of us still looking for more. Sure, Trump is a populist leader, but there is something more to him, no? What is it?

The media and other observers have offered their insights. We all know the arguments. The less positive assessments say that Trump is narcissistic, racist, sexist, and obsessed with image over substance. He launches into unprecedented stream-of-consciousness digressions. He runs the country as if it were his business. He is a buffoon, out of his element and yet capable of obtaining utter loyalty from his staff. This appeals to many, the argument goes, who are looking for something different or otherwise admire his views. More positive assessments point to his abilities to connect with people, his courage to stand up to China and others, and his business-friendly policies that have led to an economic boom.

These more mainstream explanations certainly have merit. Yet, they feel like loose threads of a single story that still needs to be told. The result is that many of us continue to search for a common denominator—something that can make sense of it all in a simple, cohesive way. I propose a perspective that might help us get there. Over the last four years, Trump has unleashed a formidable attack on the public sphere—the space where our political, social, and economic lives unfold according to established principles of decency, reason, and professionalism. Before his presidency, few of us questioned the value of transparency, civilized behavior toward others, policymaking driven by science, bureaucratic competence, the respect of human rights, the media’s ability to generate useful information, and the rule of law. We did so for idealistic but also practical reasons: a vibrant public sphere leads to peace, wealth, and progress. Most people in the world seem to agree: they flock overwhelmingly to countries with thriving public spheres, not the opposite.

Trump has changed all that. He has dismissed and ridiculed much of what is associated with the public sphere. Crucially, he has done so by behaving as if he were in the private sphere. The private sphere is the place where we can think what we want, say what we wish, believe what we like, and reject what we do not like. We can make fun of people, be racist, wish others ill, entertain illegitimate fantasies, lie, and dispense favors as we see fit. The modern world allows for this: we just cannot do the same in public. There is a clear separation between the two worlds. Recall what Freud taught us a long time ago: civilization depends on the repression of our darker instincts.

Trump has unleashed his private self from the most public of pulpits. He has insulted judges, politicians, and world leaders. He has ignored etiquette and protocols. He has made outrageous and unfounded claims about anything he wishes to. And he has been unpredictable, aggressive, and vindictive. In our private lives, we are entitled to behave this way. In our public lives, we are prevented from doing so. When the most powerful person on the planet breaches this norm, our world is turned upside down. This has been Trump’s approach.

Why, then, have millions of people loved it? The answer again has to do with private and public matters. Millions have felt for a long time that the public sphere has let them down. Yet, they had no ability to make their private views heard. Their workplaces, politicians, Big Tech, and mainstream cultural trends hurt them. But nobody noticed. Trump gave them a public voice. What lingered in their heads could come out—the more unfiltered the better. Trump did it for them from the mightiest of podiums. The recipe proved irresistible. As he put it in 2016, they had everything to gain by voting for him and nothing to lose.

All this has a major implication for what will happen after January 20th. The Biden presidency will surely represent a return to “normality.” The establishment will be back. As Obama said a few weeks ago, we will no longer need to constantly worry about what the President of the United States has just tweeted. This will surely be a relief. Yet, it cannot amount to a return to business as usual. The seeds of doubt will have been sowed. It will, therefore, be essential that Biden do more than reassert in a predictable fashion the importance of reason, science, democratic institutions, and the like.

Biden will need to ensure that millions of Americans again feel that the public sphere is for them, that it represents something worthwhile and trustworthy. At the moment, partly because of Trump’s characterization of Biden, many doubt whether Biden has, in fact, the interests of the average American in mind. The new administration will need to convince many of Trump’s voters to rethink their stances.

This will only happen if the Biden administration launches policies with tangible economic, political, and cultural benefits. Resources must be poured into infrastructure, job training, family support, and healthcare. People should have easy ways to express their pains and access the tools they need to improve their lives. Public services should be reliable and useful.  Public education should be reformed to ensure that from a young age children see the value of being a committed citizen. And much more.

Throughout, the government should communicate clearly and proactively about its programs and initiatives. Effective messaging will make a big difference. This could happen in dedicated websites, for instance, run by each federal department, and in regular press conferences dedicated to this. A new sort of government-citizen relationship will need to be forged.

This will be no simple task. But if the Trump years have taught us anything is that the alternative is, at this point, no longer an option. 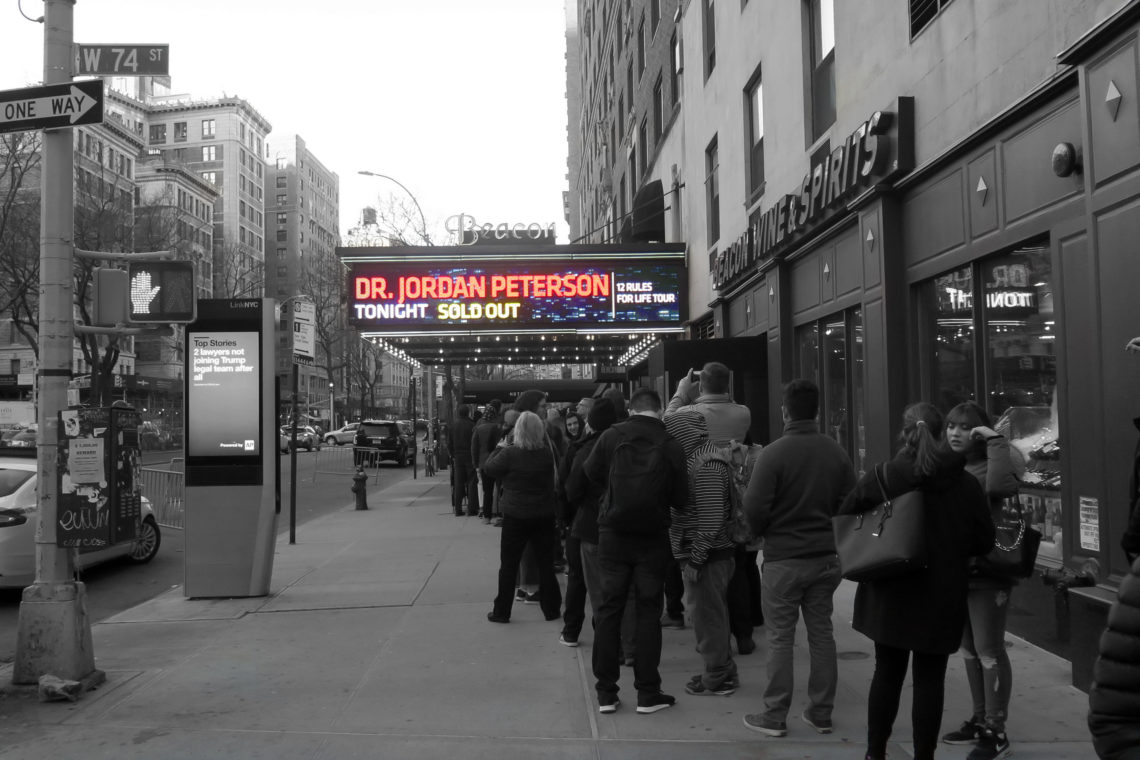 Recently, I reviewed Jordan Peterson’s 12 Rules for Life, using a traditional style of storytelling, instead of a typical book review, which, given the stature of the man among his…